I often go into periods of infatuation with artists whose work effortlessly illustrates a skill I’m trying to learn. I’ll read all I can about them and make studies of their work. But I have several enduring favorites. I’d like to introduce them to you through my eyes, although many or most you already know: Da Vinci, Dürer, Velázquez and Sargent. No Michelangelo? I know. He’ll get his own post soon because the Metropolitan Museum of Art is exhibiting his drawings next year and I cannot wait!

In terms of draftsmanship it’s hard to do better than Da Vinci even 500 years into the future. What requires a great deal of shading and editing from other artists Da Vinci achieves with a single line. He was one of the earliest gross anatomists and began dissecting corpses at age 15 at the local morgue before this was a common practice in medical education. He took copious notes as both an artist and scientist configuring not just the anatomical design of the human body but the geometrical symmetry that occurs throughout. Seeing a Da Vinci in person is otherworldly. There are only 18 paintings in the world that are accepted as authentic Leonardo Da Vinci works. It’s difficult to get close because The Mona Lisa, The Last Supper and Lady with Ermine (below, left row) often have great crowds around them. However sometimes you get lucky. In August I saw the drawing called Head of a Young Woman with Disheveled Hair (middle row, top image) and got to stand alone with it for several minutes trying to decipher what was concealed in its effortless elegance. 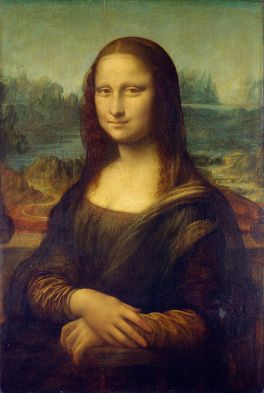 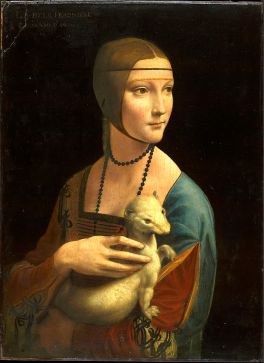 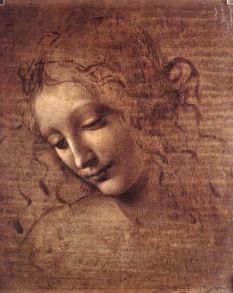 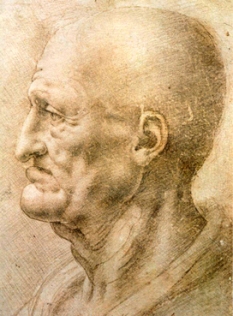 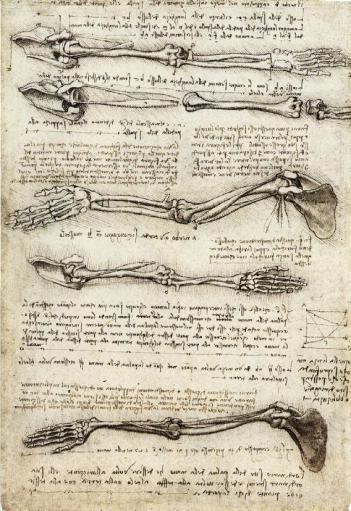 Albrecht Dürer is not as well known as Da Vinci perhaps because he was born 20 years later and lived 20 fewer years than his Italian counterpart. Nonetheless, Dürer and Da Vinci were working at the same time and working very similarly.

For the first two years of this blog, Dürer’s Blue Roller Wing was the featured image at the top. He is one of my favorites for the ages. A true Renaissance Man, he did everything. Beyond painting and drafting, he was a designer, he designed early typographic letters for presses, made advertisements and posters as a printmaker and etcher and it was the distribution of his prints that made him famous throughout Europe while he was still a young artist. Credited for spearheading the Northern Renaissance (of England, France, Germany and Spain), Dürer was a scientist, he studied gross anatomy and developed a scheme for drawing human proportions still used today. His water colors and studies of nature appear somehow fresh and contemporary even at 500 years old. I drew a copy of his beautiful portrait Head of an African Man (below middle, middle) as part of my application to the atelier. 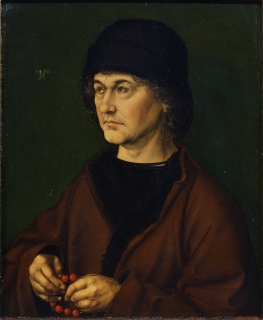 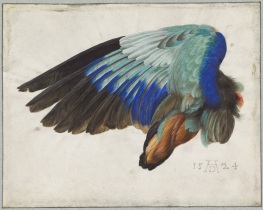 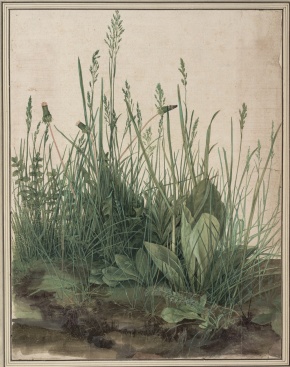 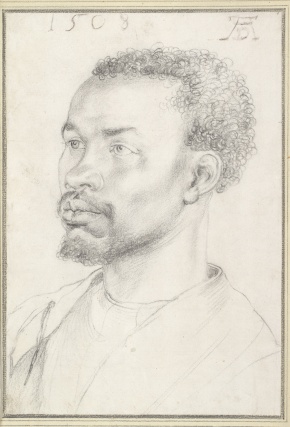 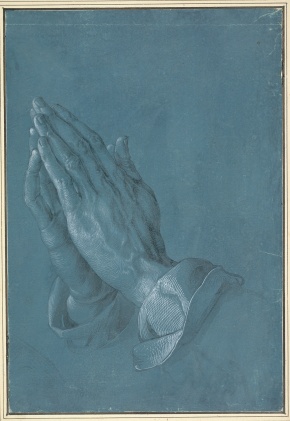 A lot happened in art between Dürer’s death in 1528 and the beginning of Diego Velázquez’s career in 1617. Namely, the idealism of the Renaissance gave way to the Baroque style that favored naturalism and scenes from everyday life. In the north, the Dutch were experiencing their Golden Age with the Dutch Masters we now so revere: 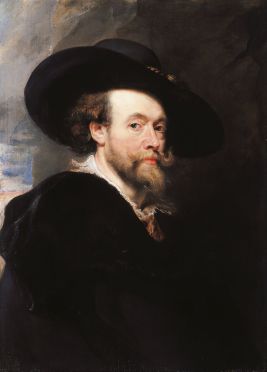 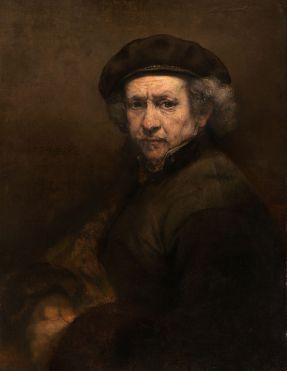 Not to mention the wondrous Dutch still life and floral painters! This era was exploding with geniuses. At the same time Spain was having its own Golden Age and young Velázquez was inspired by the older Caravaggio, an Italian Baroque painter who was making dramatic compositions with light and shadow.

It would be hard for me to overstate how much I admire Diego Velázquez’s work. There were few painting like he was at that time. The degree of naturalism and individuality in the portraits rivaled Van Dyck’s but for me Velasquez holds a deeper intimacy that I don’t see matched for a couple hundred years. A major difference is that Velázquez began paintings by drawing with the brush whereas the Dutch and Italians prepared dry drawings in addition to underpaintings. You can see Velázquez helping to set the stage for the 19th century greats and even impressionists.

His portrait work is gorgeous but it’s not idealized. He made huge waves with his portrait of Pope Innocent X, below in red. The Pope’s council advised Velázquez never to show the Pope this commissioned painting because they thought it was so realistic it would offend. Needless to say, the Pope loved it and it was a major milestone in Velasquez’s career.

Velázquez was prolific. Each of the paintings below was selected because I love something specific about it. Las Meninas, on the bottom left is one of his most famous pieces. It’s gigantic and tells a mysterious story about a patron’s family. The portrait of Juan de Pareja in the top middle is arresting and is one of my favorite portraits of all time. 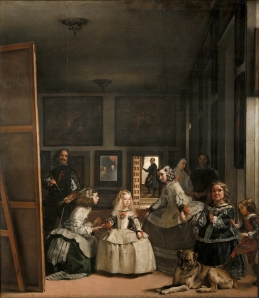 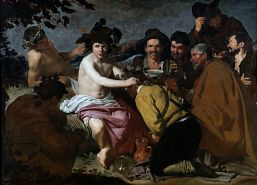 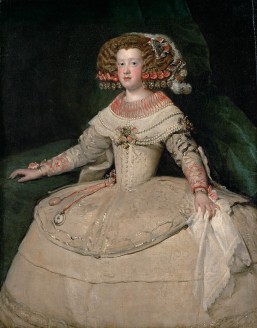 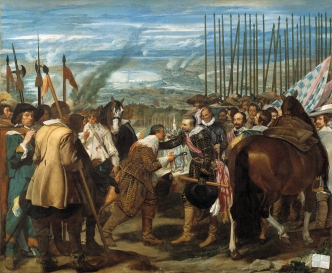 I’ll leave you with John Singer Sargent. It’s probably clear by now that I admire a good portrait artist and to that end Sargent is a total virtuoso. He was born in Tuscany to parents from Pennsylvania and although he never spent large portions of his life in America he is seen as a vital part of the American Renaissance. Like so many of the greats of his time, American and European, he trained at École des Beaux-Arts in Paris and eventually settled in London. The 19th century was another high point for art during which new styles emerged and new paint colors became available. One of Sargent’s teachers, Carlos-Duran, favored Velázquez’s alla prima approach and influenced many young painters at the time. Sargent painted portraits in “grande manner” that showed delicate rendering in the portraiture but loose and energetic brushwork in the fabric. His studies and watercolors show an even looser and more impressionistic style. He is said to have made more than 900 paintings in his lifetime. 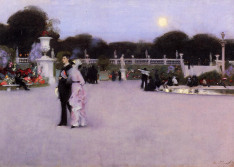 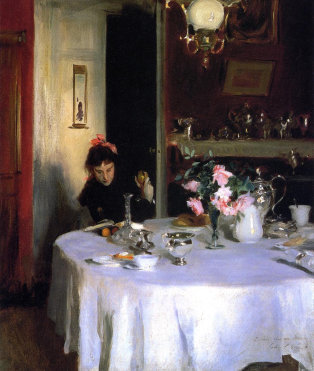 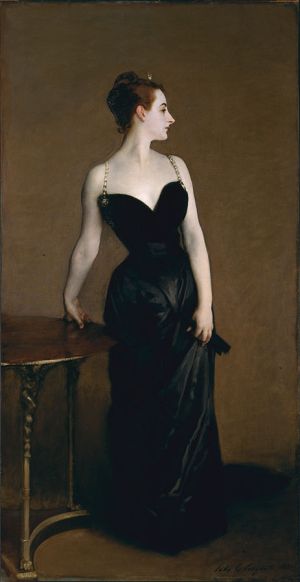 3 replies to A Few for the Ages